Lake Weyba plays a key ecological role within Southeast Queensland and this has been recognised by many organisations, including the Commonwealth Government who have listed the lake as a Wetland Of National Importance. The Noosa Parks Association included the lake in a RAMSAR submission, acknowledging the lakes international importance for migratory birds. Lake Weyba is also an integral section of the Noosa Biosphere, Queensland’s first UNESCO Biosphere.

The lake provides numerous ecological services essential to the regions environmental and commercial health. There are large tracts of threatened mangrove forests, rock outcrops and sea grass beds found throughout the lake, which provide vital fish breeding and nursery habitat for endangered species, including the Oxleyan Pygmy Perch (Nannoperca oxleyana) listed as endangered on the IUCN Redlist. Many marine species found on the Sunshine Coasts offshore reefs, shark and ray species also utilise the lakes prime habitat as a nursery, along with commercially important species including mud crabs, sand crabs, mullet and prawns. 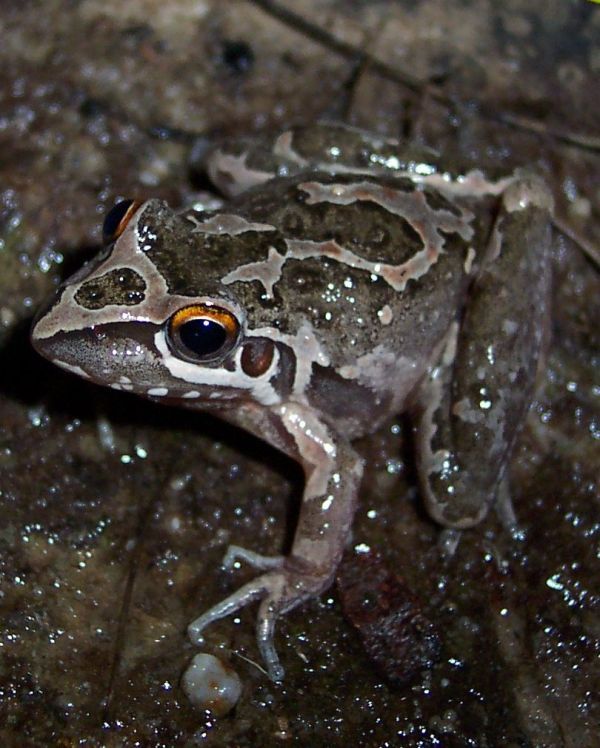 The Lake Weyba catchment includes numerous tributaries many of which are fed by sedge and melaleuca swamps. These wetlands exhibit high levels of biodiversity and numerous rare amphibians and reptile species can be found within these delicate ecosystems. After down falls of rain, thousands of frogs can be heard calling, the Wallum Froglet (Crinia tinnula), Wallum Rocket Frog (Litoria freycineti) and Wallum Sedge Frog (Litoria olongburensis) are just a few species, all of which are listed as vulnerable by IUCN.

Bird watchers frequent the area as the diverse range of habitat attracts numerous threatened species of waterbirds and migratory species, including the Rainbow Bee-eater (Merops ornatus) which is the subject of the Japanese Australian Migratory Bird Agreement (JAMBA). Jabirus (Ephippiorhynchus asiaticus) are regularly sited hunting along the rocky shores of the lake predominately along the northern shores. Numerous species of raptors utilise ancient eucalypts along the shore for roosting sites, along with cockatoos including the Glossy Black Cockatoo (Calyptorhynchus lathami).

Numerous threatened plant species can be found around the lake. Key species include the Swamp Orchid (Phiaus australis), Christmas Bells (Blandfordia grandiflora) and Tiny Wattle (Acacia baueri) to name a few. Vital koala habitat has been identified around much of the lake and the area acts as an essential corridor between surrounding sections of the Noosa National Park, linking populations of the vulnerable koala (Phascolarctos cinereus) and many other mobile species.

Lake Weyba provides an integral ecological service essential to maintaining the environmental health of the Noosa River, through different filtration processes the lake effectively acts as the lungs of the Noosa river catchment. Vast sea grass beds and mangrove forests extend over portions of the lake and its tributaries, and these important ecosystems filtrate heavy metals, suspended particles, excess nutrients and other particulates from the circulating water.